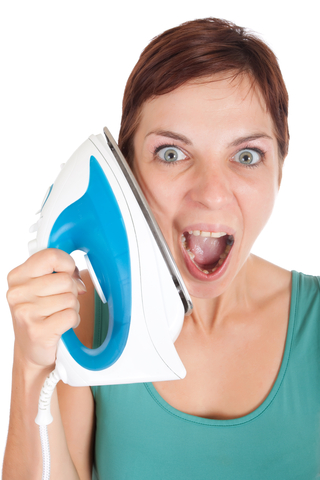 Article: Discussion of the connection between cortisol and rosacea flushing, triggers  and symptoms.

What is Cortisol? It is a Powerful Hormone that Regulates Many Key Physiological Processes

Cortisol is an important regulatory hormone that is produced by the adrenal glands, also dubbed the ‘stress glands’, that lie on top of the kidneys.  The adrenal glands monitor blood hormones, neurotransmitters, immune cell activity,

inflammatory events, internal body temperature, metabolism, glucose production, blood pressure, vascular reactivity and internal stress levels.  Cortisol is the primary hormone produced by the adrenal gland and is released at low concentrations constantly during the day and night to help regulate key physiological processes and correct imbalances that would throw off the body’s natural homeostasis.  At normal, low levels, cortisol is one of the most powerful anti-inflammatory hormones.  Cortisol is especially important at night when its anti-inflammatory and repair processes help restore damage and inflammation that build up during the preceding day.  It helps reset the body and prepare it for another day.  At low levels cortisol is indeed one of our most important hormones, especially for rosacea sufferers who usually need to reboot after battling rosacea triggers and inflammatory events all day.

It is important for rosacea sufferers to know what their normal cortisol levels should be throughout the day and night so they can determine if abnormal levels play a role in rosacea symptoms, flushing and unrelenting triggers.  Recent clinical studies stress that abnormally high levels of cortisol can be key to rosacea symptoms and skin inflammation — whether they are induced by short-term rises in cortisol or chronic increases in this hormone — in fact, high cortisol levels play a role in every inflammatory skin disorder.  Cortisol levels are usually highest during the morning hours and lowest during the evening due to natural variations that occur during the day.  Cortisol can be measured via blood tests at your physician’s office or simple saliva tests that can be performed at home and sent in to specialized laboratories.

Cortisol Levels and their Importance to Rosacea Inflammation

While all rosacea sufferers should have their cortisol levels routinely checked at the doctor’s office, cortisol levels can change within minutes and therefore abnormal fluctuations can be missed.  For example, the spontaneous flush that occurs late in the afternoon or a flush that occurs prior to a stressful work or social event may be missed with morning and afternoon blood  tests in a clinical setting.  It is important to stress that while cortisol is an excellent anti-inflammatory in low concentrations, it is one of the most potent inflammatory hormones when the levels are too high and after just a few minutes of cortisol release, facial skin blood flow can increase dramatically for hours and cause them to be hyper-reactive into the next day.  High cortisol levels also cause:

Therefore, rosacea specialists are now recommending that rosacea sufferers perform saliva tests at home and work in the morning, afternoon, evening and especially during rosacea triggers or flares to see if there is a correlation between high cortisol levels and rosacea flares.  It’s also important to take a saliva test right before bed to see if the cortisol levels have normalized, because if they have not, blood vessels will remain hyper-reactive, inflammation will remain unchecked, and skin damage will not be repaired — this potent hormone is key to fixing these problems, but it has to be produced at normal, low levels throughout the night when repair processes are essential to rosacea well being.

Saliva test strips and equipment can be purchased through the physician’s office or online (and usually covered by insurance).  After a few days of saliva testing, they can be packed into sterile containers and shipped directly to the laboratory for evaluation.  In clinical studies, cortisol levels have been found to be two to three times higher than normal at rest and up to five times higher before and after rosacea triggers and flares — that is an astounding increase and shows a direct role for high cortisol in rosacea symptoms and triggers in these cases.

The precise blend for this successful supplement comes from the investigation of many plants used in Traditional Chinese Medicine. The optimum combination was determined to be specific actives from two all-natural ingredients: Magnolia officinalis bark extract (US Patent No. 6,582,735) and Phellodendron amurense bark extract. In clinical studies this combination treatment was shown to decrease blood levels of cortisol by up to 20% after four weeks of daily use.

Phosphatidylserine is a phospholipid found in the cell membranes throughout the body.  Over the last few years scientists and physicians have demonstrated that supplementation with phosphatidylserine can dramatically reduce high cortisol levels in stressed individuals.  While the exact mechanism of action is not known, studies suggest that these phospholipids bind to the adrenal cortex and stabilize cells that release cortisol… in effect, sequestering cortisol and blocking its release into the blood stream.  The recommended dose is 400 to 600 mgs per day.  The only drawback to this treatment is that it can be expensive at the required dose.

If you are Treating High Cortisol Levels Effectively have you noticed Reductions in “Spontaneous Flares”, “Early Evening Triggers” or “Overall Symptom Severity”?