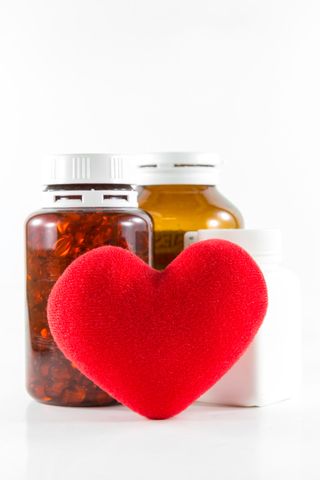 Below we present a  rosacea treatment clinical study which demonstrates the superiority of natural Bioflavanoids compared to other popular rosacea prescription medications in the treatment of rosacea . In turn, these findings corroborate other clinical studies that validate  the effectiveness of natural treatment options for rosacea using peer-reviewed, human clinical studies.   This study also demonstrates the effectiveness of Rosadyn™  by extension, as each of Rosadyn’s ingredients were chosen on the basis of their performance in similar clinical evaluations as the one presented here.

This article is divided into two segments: a short summary of the study for those interested in just a high level overview and a more in-depth explanation for those desiring more granular detail.

What is an Bioflavanoid? Bioflavanoids are extracts found in fruits, vegetables and various herbs that have strong anti-oxidant, anti-inflammatory, and, in some cases, potent vascular strengthening and blood vessel repair activity.

In a recent three-month clinical study published in a peer-reviewed medical journal, titled, “Angioprotectors in the Treatment of Rosacea (March 2014)” Dr. Katsidadze and dermatology colleagues demonstrated that an all-natural, non-prescription, bioflavanoid-based oral nutraceutical could reverse most of the long-standing vascular pathophysiology and significantly reduce:

After the clinical study was completed the patients discontinued treatment for 12 months to see if the vascular symptoms and triggers would return.

The follow-up clinical examination of both treatment groups 12 months later demonstrated that:

Verifying that these specific bioflavonoids had long-acting, positive effects on diseased blood vessels caused by rosacea.

[message_box title=”Clinical Study Demonstrates The Theory and Science Behind Rosadyn” color=”red”]Rosadyn™ is a non-prescription oral nutraceutical much like the bioflavanoid-based oral nutraceutical used in the clinical study – in fact, it contains the same three vascular-specific bioflavanoid extracts presented in the study at a clinically effective dose, but has incorporated them into a specialized oral nutraceutical containing proprietary enzymes and phospholipids for enhanced delivery deep into the wall of diseased rosacea blood vessels.  The dramatic effect of the three-bioflavanoid blend in the rosacea clinical study and their similar clinical-strength incorporation into Rosadyn™  validates Rosadyn’s effectiveness in reversing rosacea erythema, telangiectasia and flushing. Notably, Rosadyn™ goes beyond these three ingredients, incorporating 8 other pharmaceutical-grade ingredients shown effective in clinical studies.  Each Rosadyn™ ingredient has been combined into a proprietary blend of natural inspired ingredients which maximizes its positive impact in helping to treat rosacea skin.  As such, Rosadyn™ wad developed to treat the underlying vascular and cellular disorders through the use of strong clinical-grade bioflavonoids and anti-inflammatory medicinal extracts.  Rosadyn™  was researched and tested for three years by Vascular Health Specialists, a dermatology-based research firm, along with a Board-Certified Dermatologist and a bio-medical researcher with a Ph.D. in Micro-Vascular Physiology.  Rosadyn™ was released to the general public in 2009 and has been successfully used by hundreds of rosacea clients for over 5 1/2 years.  It is germane to emphasize that Rosadyn™ contains four additional vascular strengthening bioflavanoids in addition to the three used in the clinical study –  making Rosadyn™  an effective natural treatment for rosacea as it targets, treats and helps to reverse the core vascular disturbances instead of just masking rosacea symptoms and avoiding rosacea triggers. [/message_box]

To the best of our knowledge, there are no oral or topical prescription medications that fix or cure rosacea-induced physical and functional defects at this time – But, the good news is that rosacea sufferers can control, minimize and halt the progression of rosacea symptoms and disorder.

Over the last three decades pharmaceutical companies have developed dozens of topical and oral prescription treatments for rosacea.  The main drawback to these treatments is that they only target superficial symptoms such as rosacea papules, pustules and inflamed facial skin.  They do not treat or reverse the underlying cause(s) of the disorder and rosacea sufferers still have to avoid all their rosacea triggers while undergoing treatment.

To date, no oral or topical pharmaceutical treatment has been developed to treat rosacea-induced vascular pathophysiology [2].  Treatments do not repair physical abnormalities, normalize vascular hyper-responsiveness, strengthen blood vessel walls or stop uncontrolled angiogenesis.  Recently, one topical lotion has been developed to constrict superficial blood vessels in an attempt to reduce erythema and telangiectasia, but this treatment only lasts 6 to 8 hours and multiple peer-reviewed dermatologic studies have already been published warning of the potential side effects of this new treatment which can include rebound dilation, spontaneous flushing, chronic erythema, and persistent burning and stinging sensations.

In 2014 a new non-prescription oral rosacea treatment was clinically tested and released to the public.  This new oral nutraceutical was developed with carefully selected bioflavonoids that have multiple actions on the core vascular disturbances in rosacea [9-12]:

This is the best approach to treat rosacea symptoms and triggers because not only does it address the primary genetic defects in rosacea blood vessels, but it creates healthy new dermal skin, prevents future free radical damage and treats every layer of facial skin because it is delivered orally — as it enters the skin through the vascular system it treats the lower dermis, mid-dermis, upper dermis and even the outer protective epidermal layer of skin.

Clinical Study Highlights: “Angioprotectors in the Treatment of Rosacea”

Rosadyn is a non-prescription oral nutraceutical that contains the same exact proprietary — three-bioflavanoid blend — used in the clinical study plus it also contains four additional potent bioflavanoids at clinical doses and has an excellent 5½ year track record in the rosacea community.

What are the Main Active Ingredients in Rosadyn™ and How Do They Function?

Based on the number of active ingredients, their concentrations and unique actions, Rosadyn is a superior product to the bioflavanoid-nutraceutical studied in the clinical trial for rosacea treatment.

While the clinical study only treated rosacea sufferers for three months and this resulted in long-term clearance, one must remember that rosacea is a progressive disorder with no current cure.

Longer treatment could have resulted in better resolution of erythema and telangiectasia.  We also know that it takes at least three skin cycles (each cycle is approximately 30 days) to stop the rosacea-induced inflammation and several more cycles to fix the damage and clear the inflammation.  That is why Vascular Health Specialists recommends at least six months of treatment with Rosadyn and varying treatment doses depending on the stage of rosacea and the individual’s response to treatment during the first one-to-two months.  This treatment protocol has worked on hundreds of hard-to-treat rosacea clients over 5½ years.

No Risk Guarantee: We offer a full six-month money back guarantee to anyone not satisfied with their results – a six month guarantee is unheard of in the supplement/nutraceutical world, but we believe in our product and have seen its efficacy over the years.  After six months of treatment, most rosacea sufferers can slowly reduce their dose to a low maintenance dose to ensure that clearance is maintained.