When facial redness from exercising is beyond a normal red flushed face. 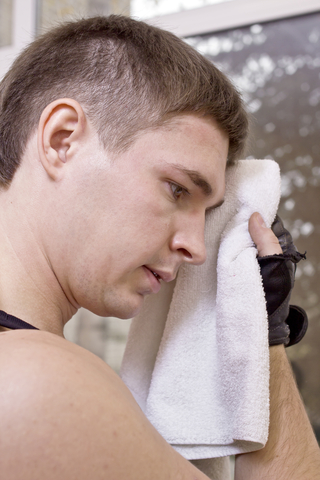 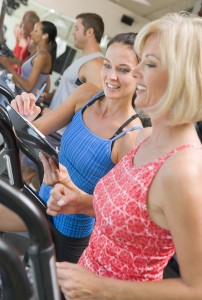 Facial redness that is the hue of a sunburn or has others in proximity looking at you in concern that you may be over doing it due to your bright red face during your workout that persists in redness long after your work out is through are hallmark signs of rosacea.

As any rosacea sufferer can attest, exercise is one of the primary triggers for rosacea.  In fact, a key tell-tale sign of whether one has rosacea is your skin’s reaction during and after exercise.

The red face of a rosacea sufferer is usually much more intense than the reaction of normal skin during exercise.  Indeed, whereas facial redness from exercise in people without rosacea normally peaks at a “healthy pink hue” and subsides within 15 to 20 minutes after exercise,  rosacea sufferers experience a pronounced red flushing that lasts considerably longer after a workout.

Understand the source of your flushed red face during exercise

Realizing that your exercise red face is atypical can alert you to the presence of rosacea, thereby encouraging you seek advice from a medical professional vs. trying to self-diagnose what is going on with your skin.  Of equal importance, it could also help you recognize some of the “other symptoms” beyond rosacea that may be a indicator of something more serious such as heart or blood pressure issues.  Regardless of the cause of your atypical red face, it is vital to seek  diagnosis from a qualified medical professional first.

Understanding the source of your skin’s reaction to exercise, and seeking appropriate medical advice if its appears abnormal, helps you to make educated choices for you and your health.

Signs that your facial redness during or after exercise may not be normal and should be checked by a medical professional:

Your red face during exercise is normal and healthy if:

Rosacea is a complex inflammatory skin disorder with many symptoms, subtypes and triggers ranging from mild to severe.  It usually starts deep in the skin – years before the first symptoms are visible to the naked eye. Even after symptoms do appear, many “red face exercisers”, “flushed faces” or “adult acne”  sufferers don’t recognize the early signs of rosacea and consequently fail to seek medical advice for their exercise induced red face.  Without knowledge of typical rosacea signs and symptoms, it can be years before a physician properly diagnoses the disorder as rosacea because many other skin disorders exhibit similar symptoms of rosacea.  This is why being self-aware about rosacea, as well as communicating all of your symptoms,  is so important….it helps your physician ultimately make the correct diagnosis.  Notably, early detection is key, since rosacea is a progressive disorder, meaning it will continue to worsen over time if left untreated.

Unfortunately, according to the National Rosacea Society, less than half of those afflicted with rosacea seek medical treatment, primarily due to lack of awareness and understanding the signs of rosacea.  That said, rosacea awareness campaigns have grown significantly during the past few years through social media, national media outlets, the National Rosacea Society and the American Academy of Dermatology. In fact, April is officially listed as “Rosacea Awareness Month” by the National Rosacea Society.  National focus on rosacea has increased lately because many people remain unaware that their red face is a physical disorder that can be treated.  Instead, they simply proceed with their daily activities despite dealing with chronic facial redness, bouts of reactive facial flushing, inflammatory breakouts and uncomfortable facial sensations.

How to help exercise red face.

Sadly for many the first recommendation they hear is to avoid their red inducing triggers. While giving up flare foods, direct sun or controlling environmental temperature, de-stressing can be do-able for many giving up or tapering back their fitness routine may be a no go.  If you do exercise and have rosacea here are a few tips that have helped others to minimize the red.

Don’t ignore your exercise-induced facial redness, especially if it  lasts abnormally long, flushes beyond the face  and is more intense than normal. It is the hallmark symptom of rosacea.  Catching rosacea  in its nascent stages is vital because it is much easier to slow down or  halt  the progression of rosacea when discovered early.  In addition to minimizing the visible symptoms of rosacea, early detection also mitigates the emotional toll that many with advanced stage rosacea suffer. 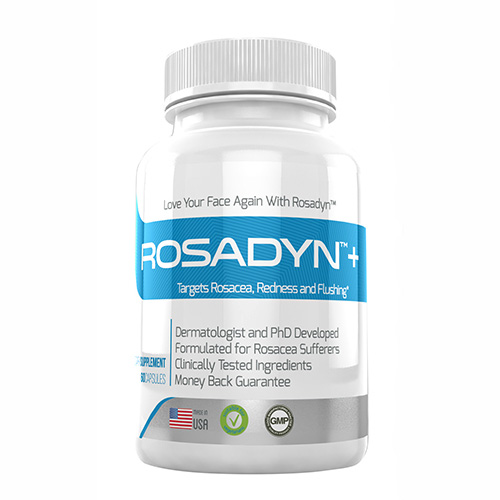 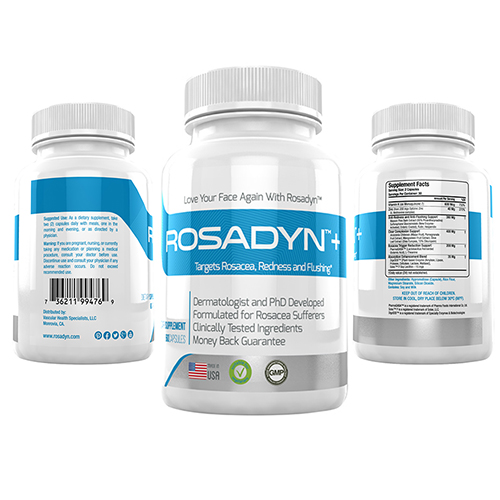 Revitalize Your Skin and Combat Redness Without Irritation With Rosadyn Serum 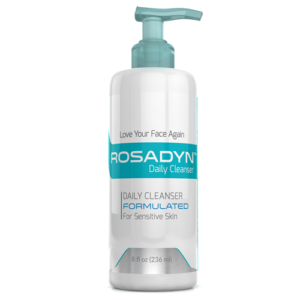 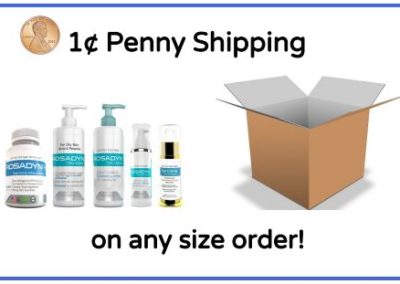 Bundle Our Rosacea Skin Care Products and Save! 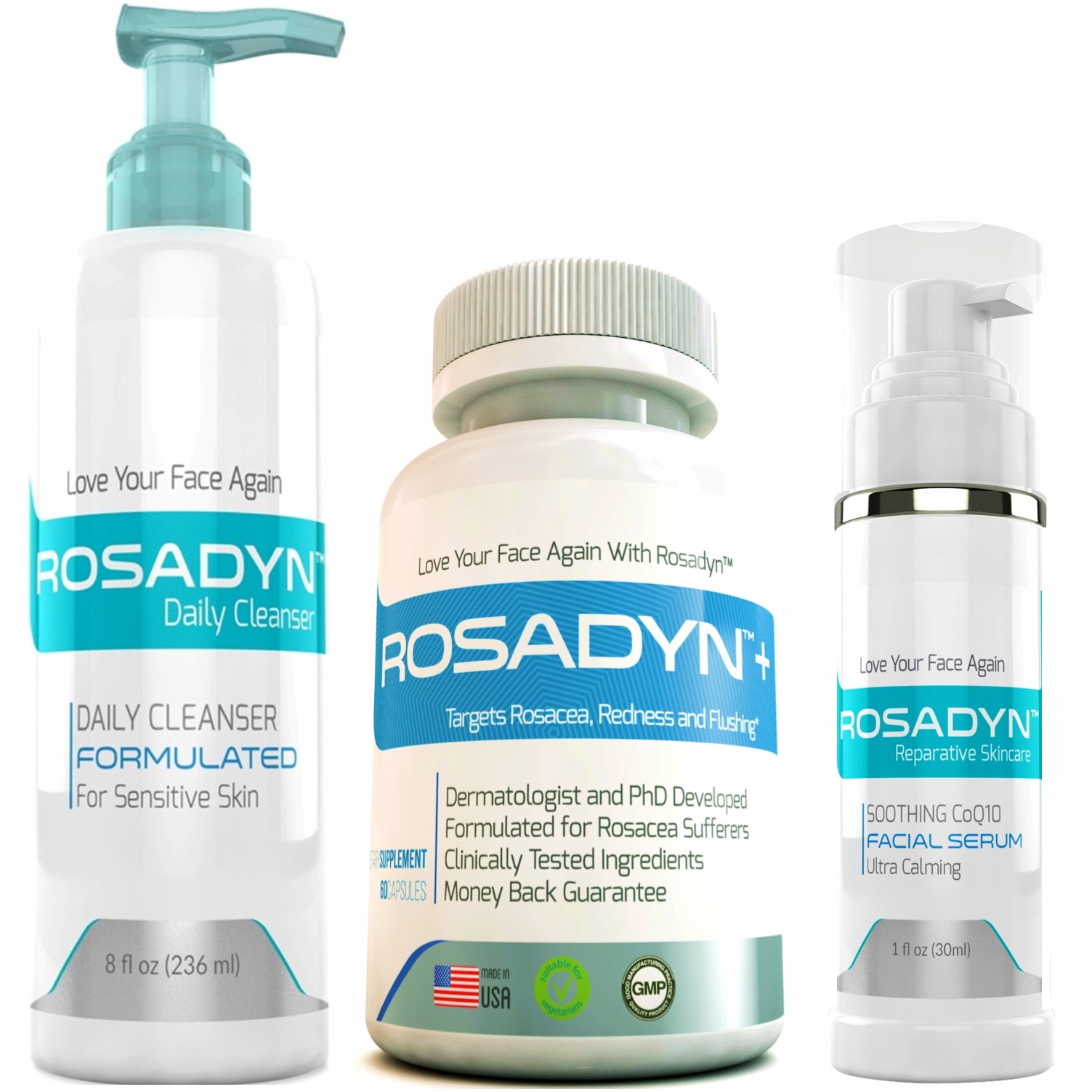 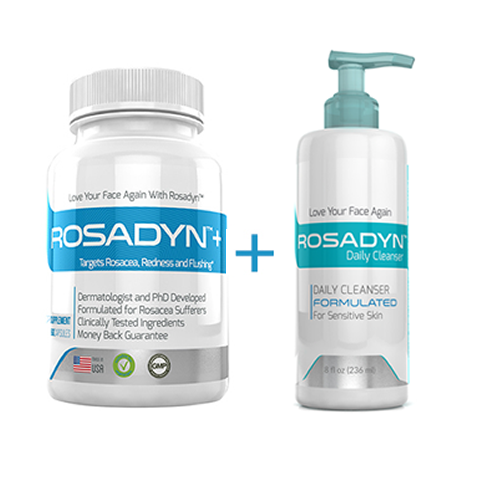 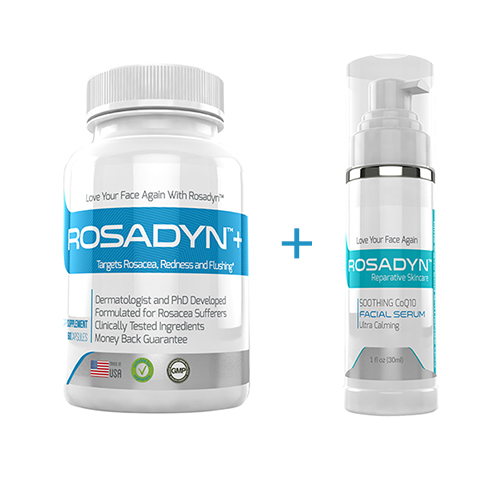 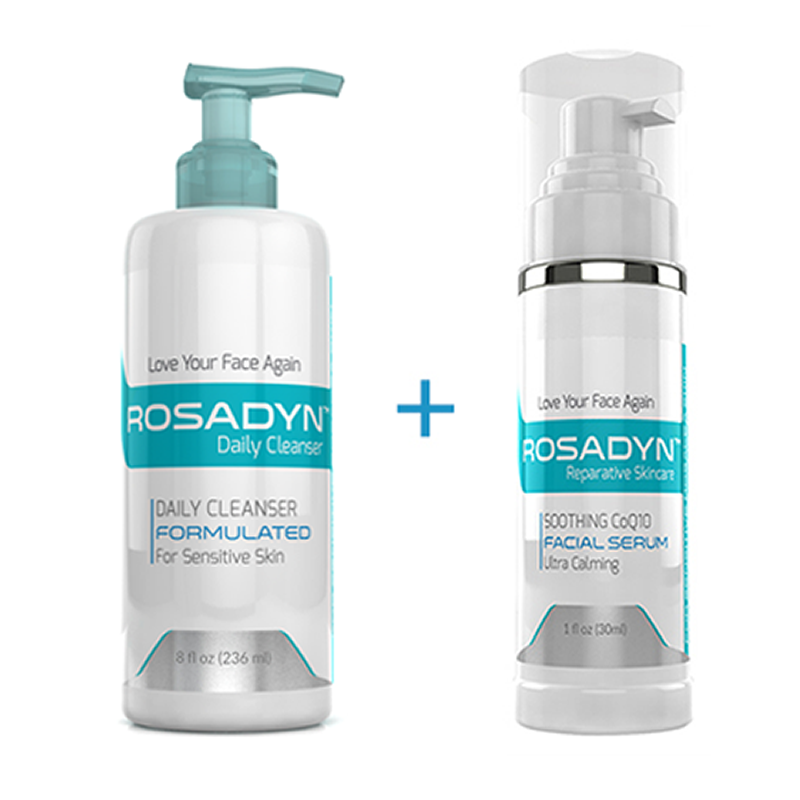 Save $24.90 Combine both Rosadyn+ and our Serum