Rosacea is Not Exclusive to Adults as Once Thought 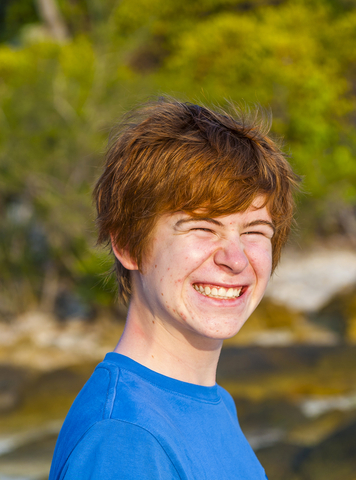 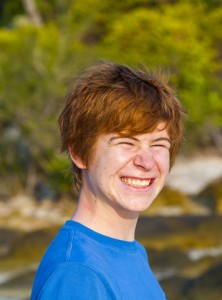 Rosacea is a progressive vascular disorder that affects the facial skin and eyes.  It usually begins quite innocently as a mild flush across the nose, cheeks, chin and forehead.  During the early stages, this flush comes and goes, seeming to have a mind of its own.  As the disorder progresses, facial redness becomes more intense, taking on the appearance of mild sunburn or windburn.  In areas of facial redness, tiny broken blood vessels and red bumps may also become visible.  In the moderate to severe stages, facial inflammation usually intensifies, resulting in permanent redness, swelling and burning sensation.  In the most advanced cases, rosacea can cause facial disfigurement and disabling burning sensations.

General Confusion Over Rosacea and Age of Onset

If one actively reads the medical literature, journal articles or pharmaceutical pamphlets on rosacea it is clear that the primary care physicians and general dermatologists believe that rosacea only affects males and females in their 30’s, 40’s, 50’s and 60’s.  In other words, this disorder only affects adults later in life; however rosacea specialists warn that this is not the case, and in fact, often affects children, teenagers and young adults.  Rosacea symptoms and triggers can be as severe as adult rosacea, but this younger population is often misdiagnosed and under-treated.  In 2012, 2013 and early 2014 over a dozen publications in peer-reviewed medical journal articles and editorials have been published on this subject in order to educate general physicians so that they can treat rosacea at its earliest stages, in young rosacea sufferers, when it is much easier to reverse and put into remission.

In 2013, multiple peer-reviewed journal articles and editorials in the Journal, “International Clinics in Dermatology”, have brought this information to the forefront.  Experts in the rosacea field stress that children, pre-teens, teenagers and young adults often exhibit moderate-to-severe rosacea symptoms, yet are often over-looked, misdiagnosed or mistreated as another inflammatory skin disorder.

Misconceptions About Rosacea Can Lead to Misdiagnosis and Treatment In Children and Teens:

The Problem with Rosacea Trigger Analysis in Children, Teenagers and Young Adults

What is the Best, Safest Course of Treatment for Young Rosacea Sufferers?

While it is an excellent start for experts to publish about the misconceptions of early-onset rosacea and educate both the physician and patient, young patients can start treatment at almost any age.

Rosacea is not age discriminatory  children to adults accurate diagnosis and management is the key.

Article by;  Rosadyn an oral nutraceutical was developed to reduce rosacea symptoms and triggers that can be safely used by young rosacea sufferers.  It is germane to emphasize that one of the core underlying causes of almost all symptoms and triggers is uncontrolled angiogenesis (inflammation-induced blood vessel overgrowth) and that Rosadyn has three of the strongest angiogenesis inhibitors on the market.  This is one of the best treatments to reduce, and even reverse, rosacea at its core.