Rosacea News and Information from Around The Web.

Rosacea can cause permanent facial damage and emotional trauma if left untreated, but 60% to 70% of people with the condition may never be diagnosed or treated properly, according to a survey undertaken by Galderma Pharmaceuticals. Rosacea, a chronic disease that affects approximately 16 million Americans, is linked to the vascular network of the facial skin and is usually triggered by factors that cause flushing and skin inflammation.

As part of an awareness program, which includes designating April as Rosacea Awareness Month, the National Rosacea Society is offering free information pamphlets on causes and treatments. Copies of the pamphlet “Unmasking Rosacea” are available on their home page: http://www.rosacea.org/

General physicians and rosacea sufferers often underestimate the frequency of facial flushing because it is not always visible to the naked eye.  A facial flush does not always have to result in a fire-red appearance; in many cases itmay only result in a pinkish-hue, or a ‘healthy glow’.  In fact, medical experts point out that facial skin can be completely normal toned (pale color) during flushing episodes.  These physicians have found that blood vessel dilation can occur deep within the facial skin, making it hard to detect.

[2]  Drs. Anderson and Maibach demonstrated that lood vessel dilation can occur long before the naked eye can visibly detect it.

(3) Most Facial “Blushers” do not have Rosacea

When it comes to rosacea, terminology such as “blushing” and “flushing” can be confusing and confound treatment.  Blushing simply refers to transient facial redness stemming from an embarrassing situation.  It usually lasts less than 30 to 60 seconds and after a blushing episode skin tone returns to normal.  If blushing is not accompanied by prolonged redness, broken blood vessels, swelling or skin inflammation then the blusher does not have the genetic predisposition for rosacea.  In most cases, blushing is well-controlled by prescription beta blockers or bio-feedback treatment.

(4) Tretinoin and Retin A now being prescribed for Acne Rosacea Treatment by some Dermatologists: Proceed with Caution

General dermatologists who are not familiar with rosacea and the underlying vascular disorder often use anti-acne products on rosacea sufferers with papules and pustules.  This may clear up the break outs but it often comes at a cost… triggering skin inflammation, chronic facial redness, facial flushing and uncomfortable burning and stinging sensations.  Rosacea specialists such as Jonathan Wilkin urge caution when using any topical Vitamin A treatment on rosacea skin, specifically Tretinoin or Retin A.    In a recent medical review, Dr. Wilkin states that “Tretinoin may provoke severe erythema in patients with rosacea and flushing reactions will have a more intense redness, and there will be an enhancement of the inflammatory process.  He also cautions that, “tretinoin may cause angiogenesis in the rosacea distribution.”  He ends his discussion by stating, “since rosacea appears to be in its most fundamental elements a vascular disorder, it would be wise to fire do no harm”. [3] 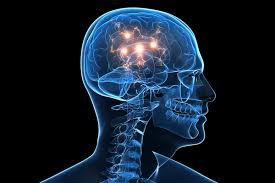 In a clinical study performed by Dr. Drummond on twenty-one rosacea sufferers and twenty-one non-rosacea sufferers, he demonstrated that mentally challenging arithmetic and “thought” provoking  exercises in higher areas of the brain’s decision processing centers induced substantial increases in blood flow in the facial skin of both groups of patients. [4]  Laser Doppler Flowmetry was used to measure blood flow in both groups before and after mental exercises.  Blood flow and flushing increases were the greatest in the rosacea group and alpha- and beta-receptor blocker medications had no effect on the flushing response indicating that alpha- and/or beta-receptors are not involved in this bsdvi response.  This is an intriguing study as many rosacea sufferers report increase flushing during heavy workloads, challenging work and even enjoyable, heavy reading.  Follow up studies are required to better elucidate the cause of the flushing response.

Celiac disease (also called celiac sprue or gluten intolerant enteropathy) is a condition characterized by a chronic reaction to certain protein chains commonly referred to as glutens, often found in breads and cereal grains.  This reaction causes destruction of the villi in the small intestine, resulting in intestinal dysfunction, inflammation, release of inflammatory dilator peptides and malabsorption of nutrients.  Symptoms can vary tremendously between patients.  Individuals range from having no symptoms to extreme cases where patents present to their physicians with gas, bloating, diarrhea, fatigue and weight loss.  It is hypothesized that celiac disease worsens rosacea symptoms by stimulating inflammatory immune cells and/or triggering the release of dilator peptides from the intestinal wall and into the blood stream.  Rosacea research has shown that Celiac Disease can cause rosacea flares and cause rosacea to progress due to the chronic inflammatory state and release of potent dilators that can reach the facial skin and cause flushing.  It may be comforting to know that identification and avoidance of the glutens (ie gluten-free diet) can result in complete clearance of this disorder and concomitant reductions in rosacea symptoms and flares.

(3) Functional role of PACAP and its receptors in neurovascular aspects of rosacea: Breaking research by the National Rosacea Society

Dr. Ferda Cevikbas, postdoctoral fellow, and Dr. Martin Steinhoff, professor of dermatology, University of California-San Francisco. “Researchers have found a potential connection between the nervous system and the redness and stinging of subtype 1 (erythematotelangiectatic) rosacea.  Drs. Ferda Cevikbas and Martin Steinhoff, University of California-San Francisco, noted that the flushed face of rosacea is often accompanied by stinging and burning, signs of nerve activation. They theorized this may signal a dysfunction in communication between the nerves and the vascular system.  A neuropeptide — a molecule linked to the nervous system — called pituitary adenylate cyclase-activating polypeptide (PACAP) was recently recognized as playing a role in regulating the blood vessels, they noted. However, while PACAP has been identified as affecting inflammation in various animal diseases, its role in human skin and skin disease is poorly understood.  Drs. Cevikbas and Steinhoff administered PACAP into skin on the underside of the forearms of volunteers, and found that the neuropeptide caused flushing, swelling and itching, though not pain. The investigators noted that PACAP may have a role in pain in combination with other factors, and suggested that blocking PACAP may be a potential treatment to relieve the redness and flushing of rosacea.”

Dr. Jamison Feramisco, molecular medicine fellow in dermatology, and Dr. Martin Steinhoff, professor of dermatology, University of California-San Francisco. “A malfunction in part of the body’s nervous system may be linked to the redness as well as the bumps and pimples of rosacea, according to a recently completed study by Dr. Akihiko Ikoma and colleagues at the University of California-San Francisco.   The investigators took blood and biopsy samples from members of 10 families in which some individuals had rosacea. Through innovative biochemical and genetic testing, they found those with rosacea suffered from irregularities in a variety of transient receptor potential (TRP) ion channels, which serve as prominent components of the nervous system. Because a variety of TRP channels can be activated by factors that trigger rosacea symptoms, the researchers noted, impaired functioning of these channels may play a critical role in the development of the disorder.  For example, TRPV1 is activated by capsaicin, a substance present in spicy food, as well as by heat or under inflammatory conditions. TRPV2 may play a role in innate immunity, inflammation and the sensing of heat. TRPV4 is also activated by moderate heat and may promote flushing, stinging and burning.   The researchers also found the immune system of those with subtype 1 (erythematotelangiectatic) rosacea, characterized by flushing and redness, showed significantly increased reactivity for TRPV2 and 3, as well as gene expression of TRPV1. Subtype 2 (papulopustular) rosacea, characterized by bumps and pimples, showed enhanced reactivity of the immune system for TRPV2 and 4, and had gene expression of TRPV2. These TRP nerve channels may therefore be promising targets in the development of future rosacea therapy, the researchers said.”