Is your red face caused by rosacea or an underlying inflammatory disorder? 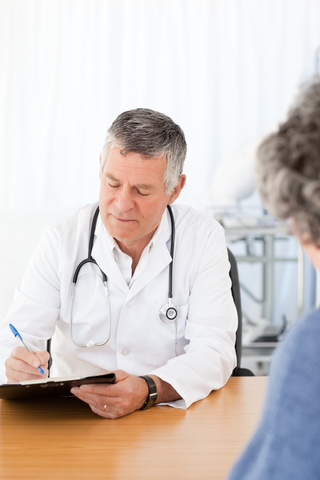 While frequent facial flushing and chronic facial redness are hallmark signs of rosacea, as mentioned in our article  “What to Show, Tell and Ask your Doctor about your Rosacea“ there are  five key underlying inflammatory disorders that can cause similar symptoms to rosacea.

Are you not making progress with your rosacea treatments?

You may want to ask your physician about being tested for a underlying condition that may be mimicking rosacea.

Any underlying disorder that causes flushing (systemic flushing throughout the whole body, or flushing that is localized to the head region), can exacerbate rosacea redness, inflammation, swelling, papules, pustules and burning sensations.

The five most common underlying inflammatory disorders that can mimic or exacerbate rosacea are:

Carcinoid Syndrome:  Carcinoid syndrome is caused by inflammatory tumors predominantly located in the intestine and main bronchi of the lungs.  Carcinoid tumors produce various dilator hormones such as serotonin, gastrin and tachykinins.  Once released into the blood stream these substances can cause skin and systemic symptoms.

Carcinoid and Rosacea: Most of the substances released from carcinoid tumors are potent dilators that can cause intense facial flushing.  Medical specialists indicate that all the classic symptoms of rosacea such as facial redness, telangiectasia, flushing and rhinophyma can be mimicked by carcinoid syndrome.  Specialists also point out that bouts of flushing due to carcinoid syndrome can induce true rosacea in some patients.

Symptoms of Carcinoid Syndrome: Symptoms include cutaneous flushing, diarrhea, abdominal discomfort, sweating and breathing difficulties.  Any physician such as your primary care physician or general practitioner can test for this disorder.

Mastocytosis:  Mastocytosis is a rare disease characterized by an increase in mast cell number and activity in a variety of tissues.  Mast cells normally produce substances that serve protective, inflammatory, and regulatory functions in the body.  In mastocytosis, these substances are abnormally abundant, causing various skin and systemic symptoms.

Mastocytosis and Rosacea: Many of the substances produced by mast cells are potent dilators that can cause skin flushing.  All the classic symptoms of rosacea such as facial redness, telangiectasia, flushing and papules can be mimicked by certain forms of mastocytosis.  Physicians emphasize that it is common for bouts of flushing due to mastocytosis to cause true rosacea in patients not genetically predisposed to the disorder.

Symptoms of Mastocytosis: Symptoms include cutaneous flushing, itching, nausea, diarrhea, vomiting, headache, heart racing and breathing difficulties.  Any physician such as your primary care physician or general practitioner can test for this disorder.

Hyperthyroidism and Rosacea: The thyroid hormone is important in controlling bodily processes that transform food into energy.  Too much thyroid hormone can increase internal heat production and stimulate thermoregulatory flushing.  This facial flushing can exacerbate all rosacea symptoms.

Symptoms of Hyperthyroidism: Symptoms include cutaneous flushing, nervousness, palpitations of the heart, tremors, sweating, increased activity of the intestinal tract, changes in menstruation, weight loss and heat intolerance.  Most physicians can test for this disorder but some patients with a complex case of hyperthyroidism need specialists such as endocrinologists for the best tests and treatment protocols.

Lupus: Lupus is an autoimmune disease that causes inflammation in various parts of the body, especially the skin, joints, heart, liver and kidneys.  The body’s immune system loses its ability to tell the difference between foreign substances and its own cells, leading to immune cell-mediated attacks on normal cells in the body.  The exact cause(s) of lupus are unknown but genetic and environmental factors are known to play key roles in development and progression.  There are three types of lupus: discoid, systemic and drug-induced.  Discoid lupus is always limited to the skin, while systemic and drug-induced lupus can affect any organ in the body.

Lupus and Rosacea: Lupus can damage the skin and blood vessels of the face, resulting in a generalized flush across the cheeks and nose (the notorious “butterfly rash”).  In some cases it may be hard to distinguish between the butterfly mask of lupus and the central facial flush of rosacea.  Lupus is an entirely different disease than rosacea.  Rosacea is not an autoimmune disease.  However, it should be emphasized that in lupus patients who also have the predisposition for rosacea, vascular damage can exacerbate all rosacea symptoms.

Symptoms of Lupus: Symptoms include cutaneous flushing, extreme photosensitivity, ulcers on the inside of the nose or mouth, coin-shaped skin rashes, achy joints, arthritis, prolonged or extreme fatigue and seizures.  While most physicians can diagnose lupus with blood and skin tests, specialists such as rheumatologists are recommended for proper diagnosis and treatment.

Pheochromcytoma: Pheochromocytoma is caused by tumors that secrete high levels of adrenaline.  These tumors can be located in the adrenal gland, within the sympathetic nerve chain, near the distal aorta, or within the urinary bladder.  Excess adrenaline produced by these tumors can cause skin and systemic symptoms.

Pheochromocytoma and Rosacea: Adrenaline released from these tumors can cause intense facial flushing.  This facial flushing can exacerbate all rosacea symptoms.

Symptoms of Pheochromocytoma: Symptoms include cutaneous flushing, headaches, sweating, heart racing, extreme anxiety, nervousness, weight loss and heat intolerance.  Any physician such as your primary care physician or general practitioner can test for this disorder.